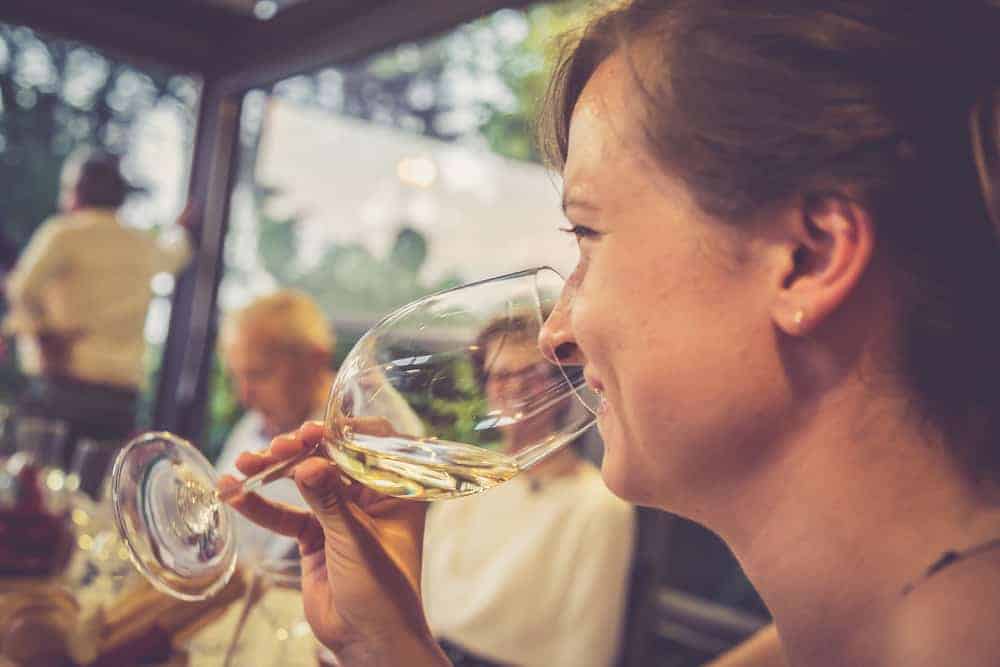 I’ve been on a Regillo Frascati Wine kick lately. The spring is here, finally, it is heating up, and I am working hard in my garden, so I like to enjoy a crisp Frascati at dinner most nights. Now is the perfect time to show guests on a wine tour in Rome what our region has to offer! Tenuta di Pietra Porzia makes one of my favorite go-to table wines. It has an interesting name that evokes the pre-Roman history of the area. The image on the label depicts the Dioscuri, the twins sons of Zeus. The name refers not only to the ancient history, but to the terroir of the area. One of my favorite things to discuss during a wine tour is the culture and history of each wine region, and so, to find a vineyard with such a depth of history is, well, just fabulous!

The Castelli Romani is most well known as an agriculturally rich area due to the now extinct volcanoes that gave the area its mineral rich soils. The Regillo Frascati certainly does not disappoint those who want to taste the minerality in their wines.

Before the hills of Rome were finally assimilated by the Romans, a group of people known as the Latins held on for as long as possible to their lands and way of life. But it was not to be. Anyone familiar with ancient history knows that one can never escapes ones fate. Rome had the hand of the gods on their side.

496 a.c, in a large amphitheatre with the Lake Regillo in the middle, an hard battle took place between Romans and Latinos; in the crucial moment, descended from the sky the Dioscuri, the two twins born by Jupiter, and led the Romans to triumph!

The battle theater is today the Tenuta di Pietra Porzia, a small river that runs in the centre of the estate reminds of the ancient lake, the cave with her long passages, excavated in Roman Empire Age, testifies an agricultural tradition and on 1714 the estate was divided between the proprieties of Pope Clemente XI and the one belonging to Prince Borghese.
The date 1892, engraved in the bricks, reminds the birth of the modern cellar, that replaces the ancient cellar excavated in the tuff in the Roman Empire time.

Let’s hope this wine lives up to its magnificent past!
Regillo Frascati is made up of two aromatic white grapes, Malvasia di Candia and Malvasia del Lazio and also contains the grapes Trebbiano, Bombino and Greco. The color is a rich hay yellow. It has lovely fruity and floral aromas at first which then lead us to more complexity with mineral and herbal notes. The fruits are typical and rich. I was at once reminded of apricots, citrus, and pears. Spring orange flowers, nuts, and maple with notes of fresh cut grass.
The wine is perfect for an late afternoon glass of wine, pre-dinner drink, or with a light vegetable rich dinner. I love this with Pasta Fagioli and grilled veggies. It is light and refreshingly crisp. In a nutshell, a crisp, dry, medium bodied, aromatic and fragrant wine.
Enjoy after a long day of gardening or on a wine tour in Rome with Presto Tours!
CIN CIN!
Sarah May Grunwald, Sommelier
Meet Sarah on our Rome Wine Tasting.