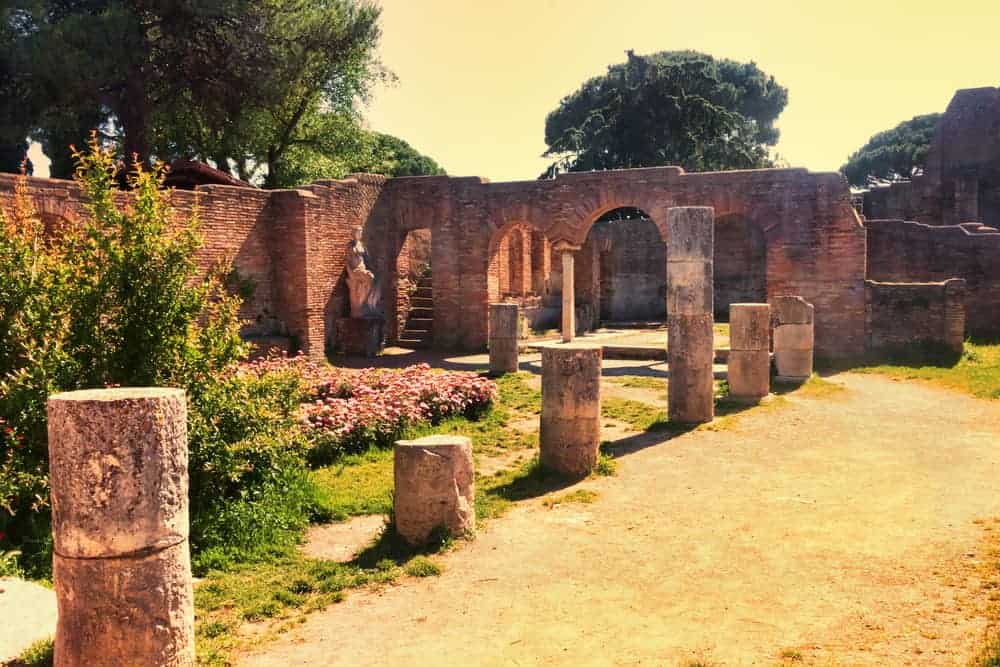 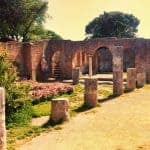 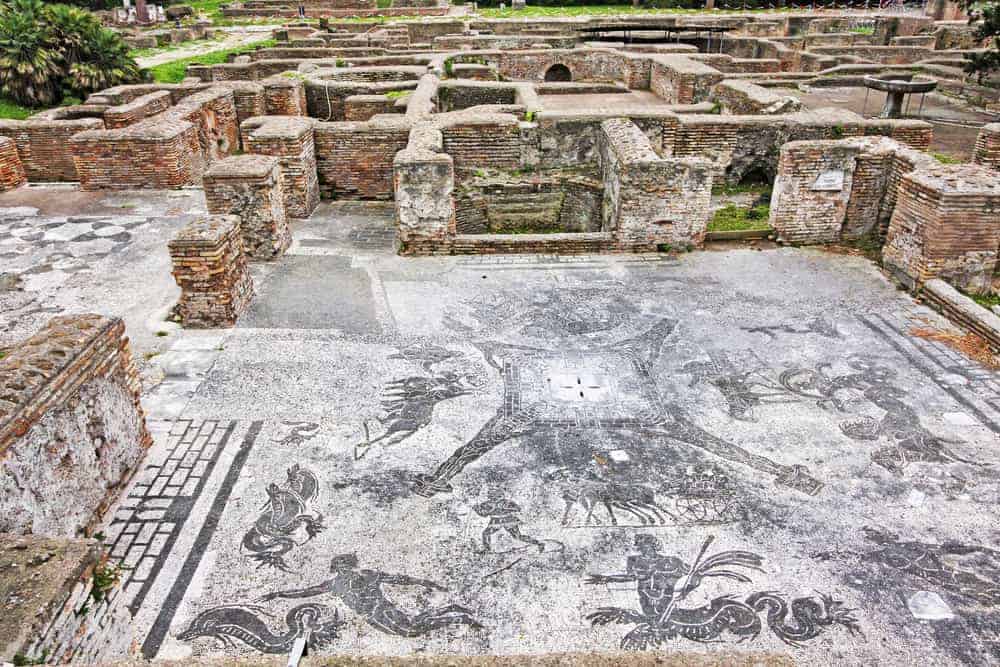 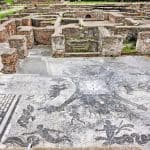 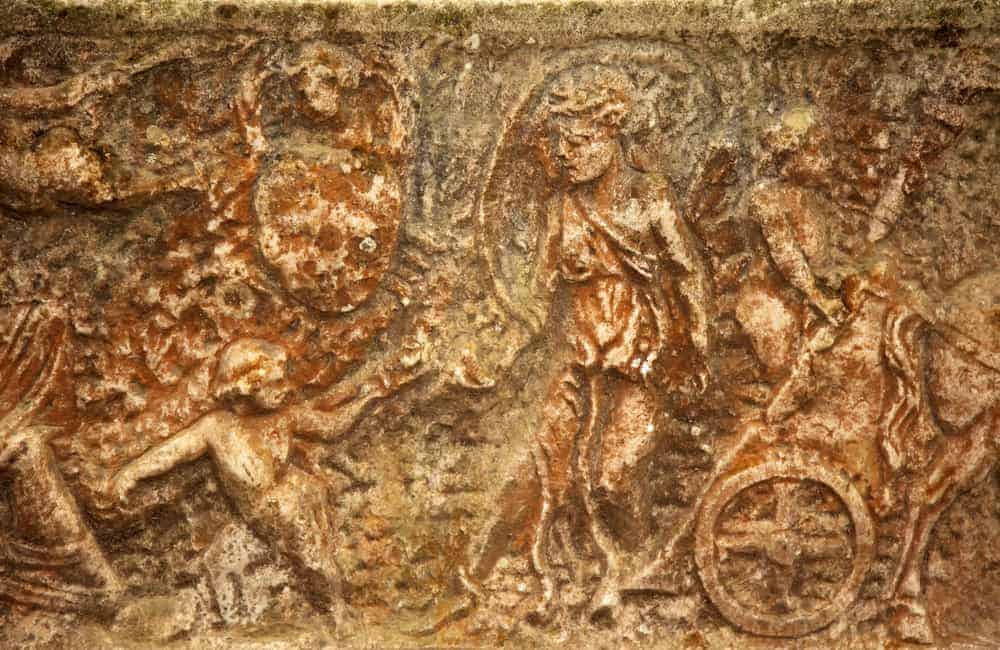 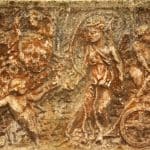 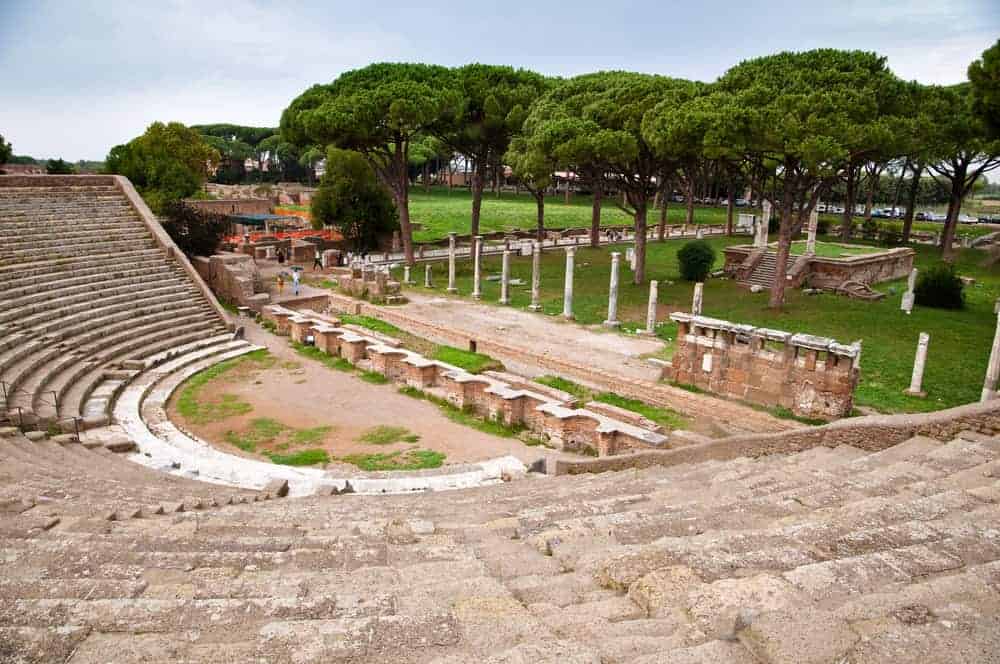 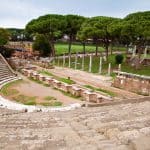 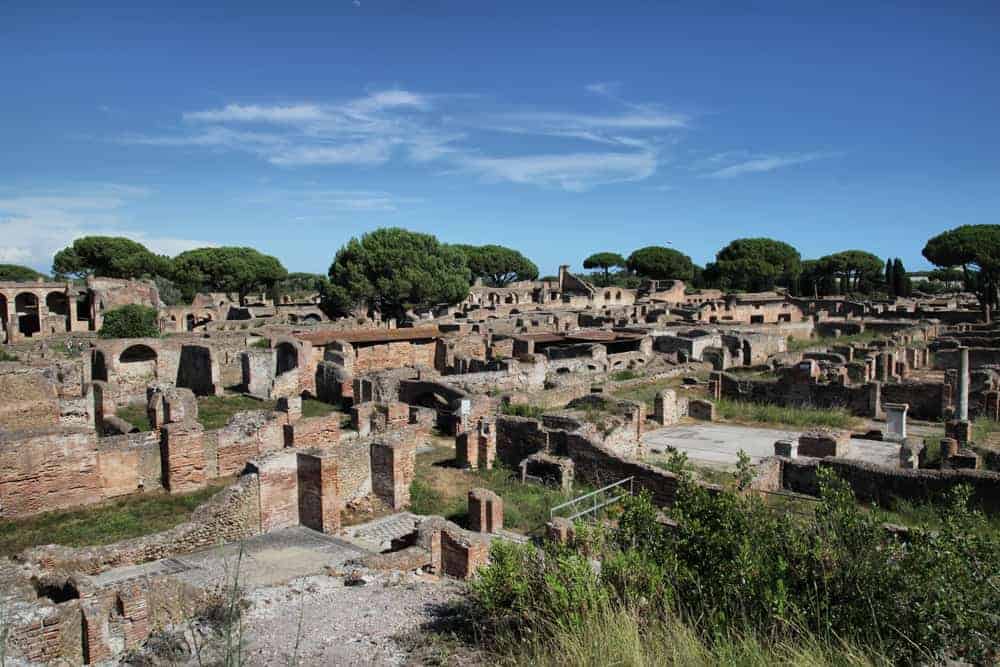 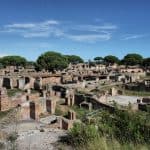 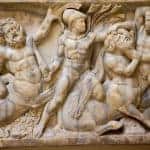 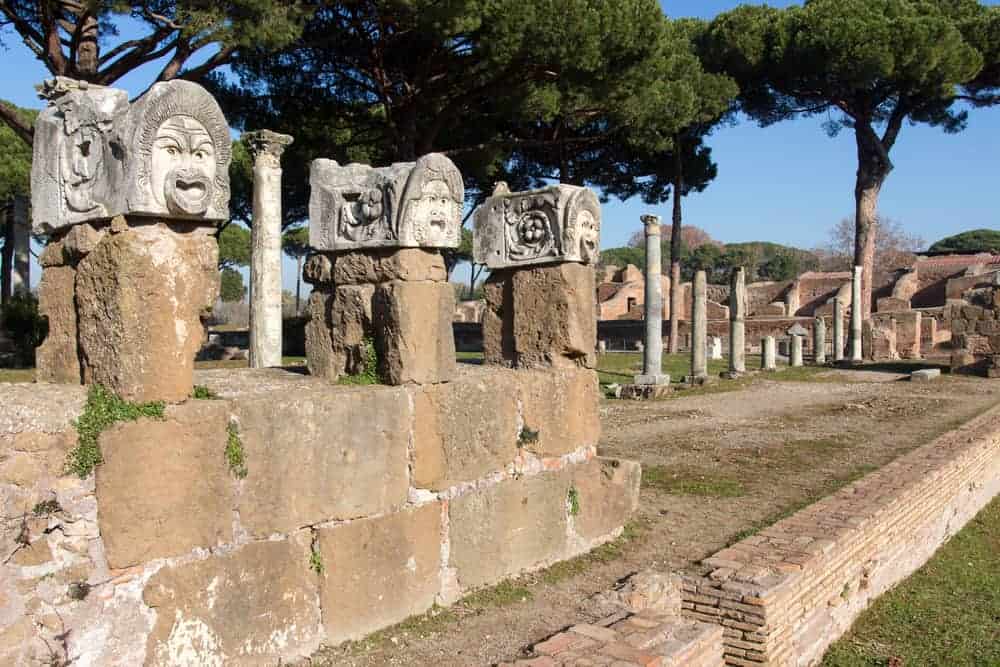 Walk Ostia Antica, Rome’s ancient port town, once bustling with sailors and merchants from all corners of the Roman Empire on this Ostia Antica Tour.  The Ostia Antica Archaeological site provides a virtual experience of Ancient Roman city life.

We walk the same ancient streets that were once bustling with sailors and merchants from all corners of the Roman Empire. Located about 30 km from the center of Rome, Ostia Antica was home to taverns, baths, theatres, brothels, apartment buildings, and even a synagogue that remain at least partially intact today. To this day, the oldest archaeological remains discovered are from the fourth century B.C.

Ostia means “mouth,” and literally, the port city of Ostia Antica was situated at the mouth of the River Tiber near the Tyrrhenian Sea and served as Rome’s seaport. Ostia Antica is conveniently located near Rome and offers a less crowded, more serene atmosphere than the Eternal City. Similar to Pompeii, the ruins of Ostia Antica are spread over a large geographical area and unveil the intricacies of early Roman life. However, Ostia Antica offers amenities of modern life including a museum, shops, cafeteria all in close proximity to nearby beaches and Rome. En route and during your Presto Tour, you will be surrounded by peaceful Roman countryside. You will see ancient graffiti, mosaics, frescoes, and preserved architecture of this ancient critical harbor port city. Ostia Antica reinvented itself over time, eventually becoming an urban escape for wealthy Romans. You will discover the ingenuity of ancient times, the story behind communal latrines, an ancient fire department and numerous public baths. This itinerary consists of Necroplois, Porta Romana, Republican Warehouses, Baths of Neptune, Teatro, Square of the Guilds, Mill, Via Casa di Diana, The Forum, The Marine Gate and we will finish up with a visit to the Ostia Museum.